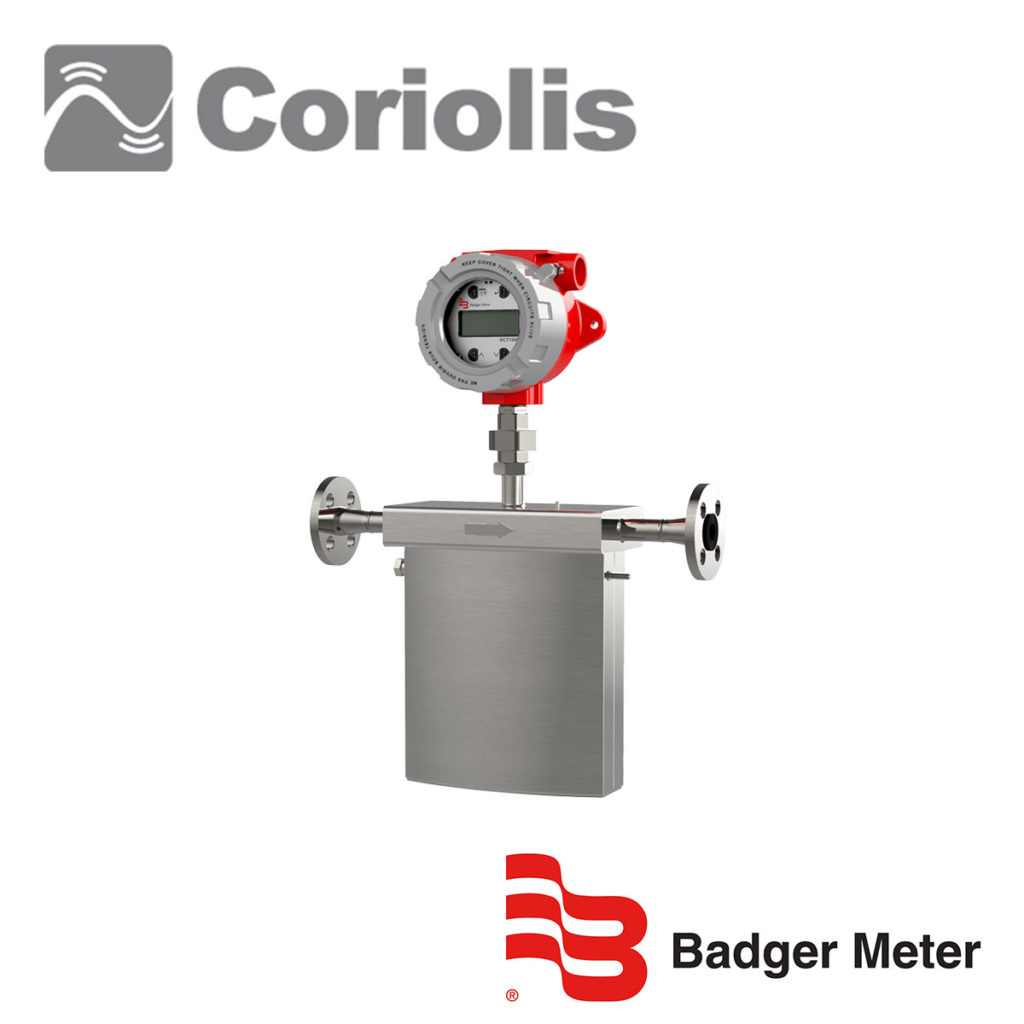 The Badger Meter RCT1000 Coriolis mass flow meter identifies flow rate by directly measuring fluid mass over a wide range of temperatures with a high degree of accuracy. For fluids consisting of two liquids or a liquid with suspended solids, this system can derive the concentration and mass of each fluid based on the density measurement. The unobstructed, open-flow design makes it suitable for a variety of fluids, such as slurries and other viscous, nonconductive fluids.

The Coriolis design and measurement principle allows the meter to
be an exceptional device in measuring:
• Oil and fuels
• Homogeneous suspensions and slurries
• Adhesives, glues or binding materials
• Coatings and hardeners
• Dyes, fragrances, vitamins and other additives
• Vegetable oils and fats

Coriolis flow meters simultaneously measure mass flow rate,
density and temperature. As fluid flows through the vibrating
sensor tube, forces induced by the flow cause the tube to twist
slightly. These small deflections are measured by carefully placed
detectors. A phase shift occurs between detector signals that is
directly proportional to mass flow rate. As the fluid density varies,
the resonant frequency at which the tube vibrates changes, which
is also measured by the detectors. These larger sensors have two
tubes that are vibrated in opposing directions in order to reduce
the effect of process vibration on the flow measurement.
Temperature is measured by an internal RTD in order to calculate
thermal effects on the tube vibrating frequency and can be used as
a measurement output.

RCT1000 transmitters provide a variety of means to integrate the
meter’s output into new and existing operations. The batch and
PID functionality enables direct control of devices, such as valves,
by use of digital or analog outputs. Additionally, programmable
digital outputs can indicate low and high alarm conditions. Network
options are available including EtherNet/IP, Modbus TCP/IP and
Modbus RTU.